The first step to using Git is, of course, to install it. It may already be installed on your system. We'll check first.

There are two ways to check if it is installed: 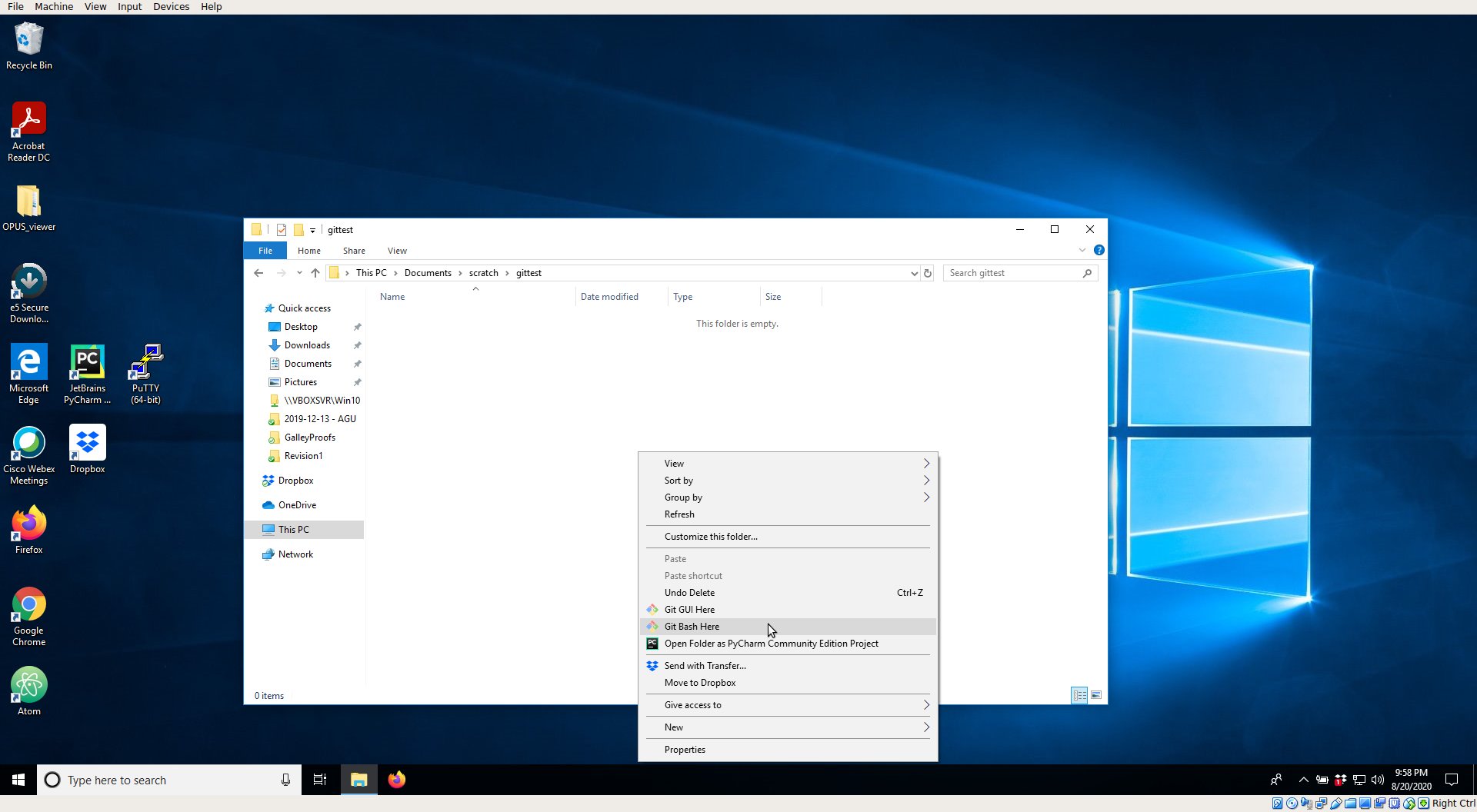 Note that this is also the easiest way to launch Git Bash (which is what we will be using). When you launch it via the right-click menu, the bash terminal starts in this folder.

The first page of the installer will pop up with a number of options to enable or disable. 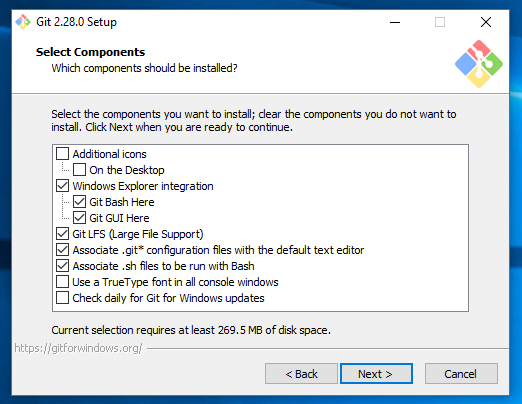 The three you definitely want checked are:

The next page will ask what editor you want to use for your commit messages. The default (vim) is, as the warning says, not very intuitive. I recommend choosing one of the other editors, which are normal GUI editors (whereas vim is in the terminal). If you already have one of the ones listed installed, use that. Otherwise, Notepad++ is the most lightweight and so will launch the quickest. If you don't use any of the other ones, then I recommend Notepad++. Note: you won't be able to click "Next" if you have selected an editor that is not installed. In that case, cancel the Git installation, install your desired editor, then try Git again. 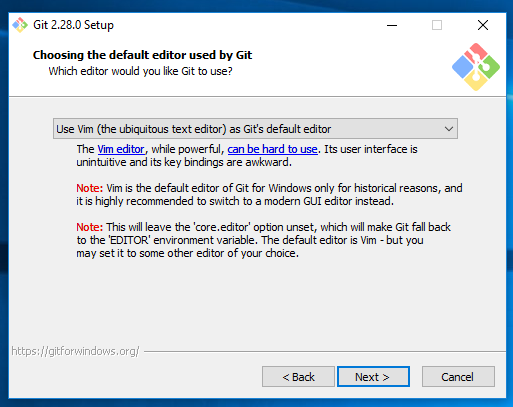 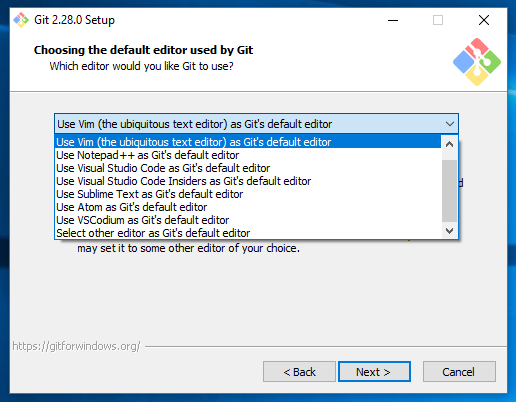 There will be several more dialogues, I recommend keeping the defaults for all of them.

Open your Terminal. The easiest way is to do a Spotlight search (with Cmd+Spacebar) and search for "Terminal" - it'll be the one with a mostly black box as an icon. When it launches, type git --version. If it prints something like git version 2.28.0 on the next line (your number may differ), then it is installed. If it prints git: command not found then you will need to install it.

The main Git page for Mac (https://git-scm.com/download/mac) gives several options. Although installing via Homebrew is the first option, if you don't have Homebrew already installed, that might be more than you want to deal with. (I will say, having Homebrew installed can be very helpful in data science.) Either the Xcode or binary installer methods are easiest. The binary installer is just like any other app installer. To install with Xcode, in the Terminal type:

The main Git Linux downloads page (https://git-scm.com/download/linux) lists how to install it for many Linux distributions. In all cases you will install it through your package manager (e.g. apt, yum, etc.)