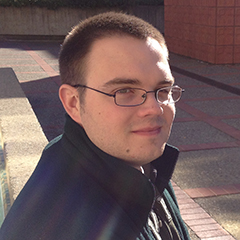 I am a scientist at the Jet Propulsion Laboratory. My primary research focuses on improving retrievals of atmospheric composition from space-based instruments and applying the data from those retrievals to problems in the carbon cycle, air quality, and their intersection.

Previously, I was a postdoctoral scholar in the Wennberg group at the California Institute of Technology. There, I was heavily involved in upgrading ground-based retrievals of greenhouse gases for the Total Carbon Column Observing Network (TCCON). I remain active in the TCCON community, coordinating the rollout of the new GGG2020 data and planning future improvements to the retrieval.

My Ph.D. at UC Berkeley focused on the development and application of space-based measurements of NO2, and led to the development of v3.0B of the Berkeley High Resolution (BEHR) NO2 product. While at Berkeley, I used the BEHR product along with other satellite datasets to study NOx emissions from lightning and the oxidative chemistry in urban plumes. I continue to be interested in the combination of satellite measurements with forward and inverse models to study anthropogenic and natural emissions of trace gases to the atmosphere and the chemistry that controls the ultimate fate of those trace gases.